I have fans around the world, but I also appear to have a much smaller number of hard-core fans. One of these is Heather Smith, owner of Townsville’s The Keyboard shop (www.thekeyboardshop.com.au) who is a Yamaha dealer and a dedicated exponent of all things midi. Heather happened to be on holiday on Perth when I presented on my January tour and she saw me there. She was instantly converted to American Popular Piano as a course and has relentlessly pushed it ever since, claiming it is without doubt the best method on the market, full-stop! She organised the Townsville event and it was the biggest Christopher Norton Piano Festival of the tour, with over 70 students and quite a few teachers participating.

Each Festival has been subtly different – this one was very different from the others in one crucial respect: the students had prepared their 2 pieces and at least the first Module of each accompanying Improvisation Etude. But that was it – no solo pieces for the masterclass. So I either got them to play one of the APP pieces they had prepared or I asked them to play something already in their repertoire. So we had quite a mixture of pieces, including the Batman tv theme, computer game music, Jessica’s theme from The Man from Snowy River and Chopin’s Minute Waltz! This gave me more time to work on improvisation and I was delighted by the response of the students and the almost 100% success rate. By success rate I mean that every student created their own ideas and repeated, varied and extended them.

Here are 2 of the improvisation groups at work: 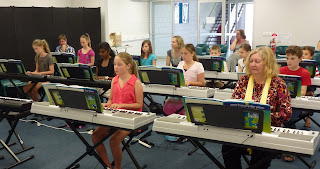 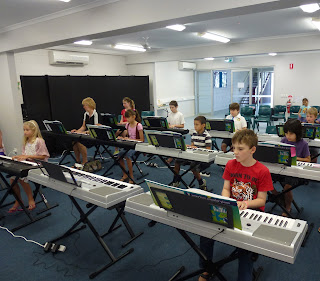 The concert was a sell-out and all of the participants enjoyed a chance to play music they liked in a non-competitive context. 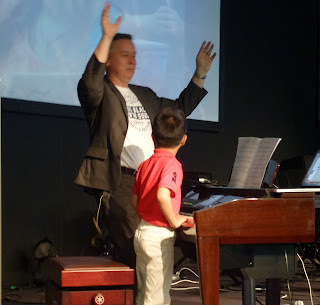 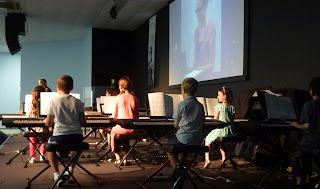 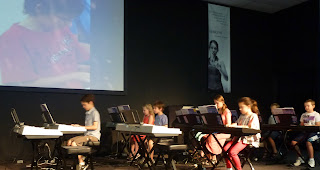 Posted by Christopher Norton at 9:02 PM