I met Roxana Anklesaria-Doctor, the founder of Musiquest, at MTNA in Milwaukee in March 2011 and I expressed an interest in coming to India if an opportunity ever presented itself. She took my remark seriously enough to invite me, along with a starry cast of North American adjudicators, to take part in Musiquest 2011, a pan-Indian event that has happened bi-annually since 2007.
Pune is the second largest city, after Mumbai, in the state of Maharashtra. It’s known for various cultural activities, including classical music, spirituality, theatre, sports, and literature. These activities and many job opportunities attract migrants and students from all over India and abroad, which makes for a city of many communities and cultures.
This year’s Musiquest drew the biggest numbers yet - 164 student participants and 26 teachers from all over India. The students, ranging in age from 5 years old to adult, performed more than 650 pieces.

The participants in Musiquest were divided into Preliminary, Junior, Intermediate and Advanced divisions.  Additionally, this year’s festival featured two new divisions - Popular Music & Jazz (adjudicated by me) and Piano Ensemble.  Attractive prizes were offered, including a piano, a music scholarship to the USA, music books and cash prizes.  The Festival was presented in a workshop format, with participants receiving instruction at the piano as well as written adjudications and participation certificates from the international panel of adjudicators.  The emphasis was always on motivation and positive criticism.

I was honoured to be part of the international adjudication panel, pictured below - renowned teachers/pedagogues Gail Lew (USA), Scott McBride Smith (USA), Roxanna Anklesaria-Doctor (India), Peter Mack (Ireland/USA), Murray Nichol (Canada) and Mary Tickner (Canada)   Additionally, Peter Mack, Mary Tickner, Murray Nichol and I gave private lessons during the festival.  Each of the adjudicators  also presented one or more workshops for participants and for the professional development of the participating teachers.

Prize winners were announced on the evening of November 26, 2011, following a dazzling recital by Dr. Peter Mack at the magnificent Ista Hotel in Pune.

The Honors Recital was held on November 27, 2011. This event featured the awards ceremony and all prize winners (and me!) performed to a very appreciative audience.
I was most impressed by the thorough preparation of the students – pretty much no grinding to a halt or memory lapses, good sounds being produced most of the time and, in my classes, a steady beat being maintained. I talked to the students about technical matters that would make the pieces feel better to play and that would make audiences feel more “drawn in”. Things like avoiding harsh sounds, playing with only finger weight when required, using arm weight to create orchestra-like effects - these and many other matters proved to be immediately helpful to the performers and immediately discernible sound-wise to the listeners. Here I am working with one of the young students: 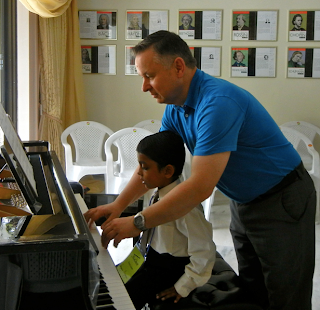 Students in India, like most parts of the world, are familiar with pop and even jazz styles, so they are often starting from a position of strength – they know what the piece should sound like right away. There was a relaxation and enjoyment about their playing of popular styles that made the adjudication a delight. And there were some outstanding performances – the winner of the overall advanced prize, 11 year old Aditya Deshpande, played a fiendishly difficult arrangement of Tico Tico na fuba by Marc-Andre Hamelin and the co-winner of the Adbvanced Popular Music division, Nadine Crasto, played an equally difficult piece by Percy Garinger, Cakewalk Smasher, with consummate ease.
I was also pleased to spend time with students who wanted to explore improvisation – in particular Marcus Daniel from Bangelore and Ron Cha from Assam. Here they are: 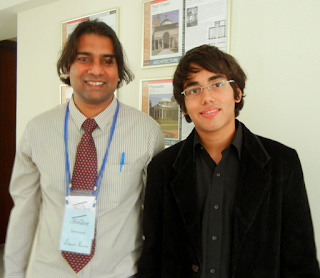 I also gave private lessons to 2 budding composers. Noshir Engineer from Bombay had written a fascinating programmatic piece called Encounter and Indusekhar Menon had penned a lovely romantic ballad called Guiding Light. For the latter piece, I improvised an altered version for him which he was able to take away on videotape.
My workshops were Unlocking Popular Styles and Getting Vertical  - for both of these, I had lots of participation from the audience and it seemed to entertain and inform in equal measure.
I hope to get back to India to do some Christopher Norton Piano Festivals.  It was a great week, impeccably organized. And the food was fantastic!

As it says on their website, (www.pianistmagazine.com) you don't just read Pianist, you play it! Pianist contains interviews with top concert pianists, full-length features on current (piano) issues, CD and sheet music reviews, Q&As, teaching tips, readers' letters, concert highlights - basically all that one might hope to find in a leading music magazine.  The added bonus comes in the form of 40 pages of specially selected sheet music, for beginner, intermediate and advanced pianists. A free tutorial CD comes with every issue, so that you can get to hear the pieces before playing them. Pianist is like having a piano teacher in your own home, whenever you need one!
Over the last year, I have written a series of articles for Pianist called Keyboard Class, which give tips on playing contemporary popular styles. I’ve written new pieces for these articles, as well as suggesting other pieces of mine, from Microjazz or American Popular Piano, that are in a similar style to the one featured. These articles have been very popular, providing as they do a range of different styles from the styles featured in the rest of the magazine. Pianist, with some prompting from Schott (my distributors) decided to advertise a live event, presented by me, for subscribers to the magazine. So we booked the concert hall in the basement of Schott’s central London offices and advertised the event.
We got a very respectable number of people along, mostly keen amateur players. I started by playing some pieces: 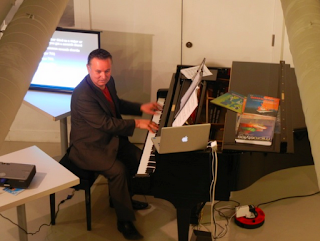 I then kicked off a discussion about why people might want to play popular piano styles. Social occasions, playing styles that are familiar, a desire to do something a bit freer…a number of good suggestions were made. I then demonstrated a number of simple “things you must know” in order to have some chance of being a popular (in both senses of the word) pianist. 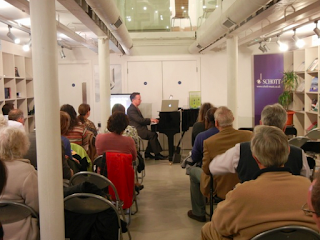 The audience were pleased to see that I was prepared to use some “students” (members of the audience) who enjoyed doing some chord playing with and without backing tracks. My first student hadn’t played pop styles before and I think still quite enjoyed the experience: 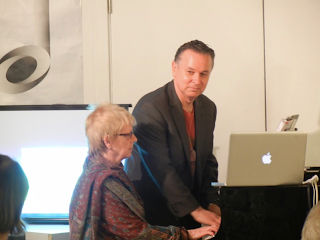 My second student was very pleased that I’d referred to Someone like You (Adele) as an example of a pop piano style that was very accessible. And he was startled to find himself playing along with a heavy rock track within minutes of coming up: 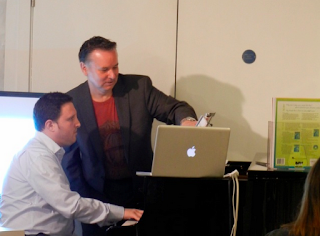 My third student was a more experienced player and she was able to use her reading skills to good effect. The event really was for, as the blurb says, beginner, intermediate and advanced players: 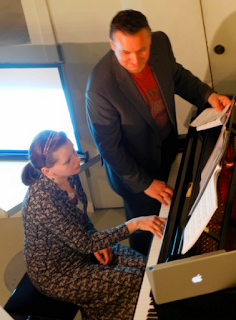 There was a Q & A session at the end and even some book signing. We (Pianist  and I) hope to do some other similar events around the UK in the new year, in conjunction with Roland, whose new range of digital pianos include a “Christopher Norton” button and lots of data supplied by me.
It was great to actually meet some of the readers of the magazine and I was also very pleased not only to see the magazine’s editor, but also the publisher, all the way down from Leeds. Thanks to Pianist and Schott for making this happen – more please!
Posted by Christopher Norton at 2:02 PM No comments: